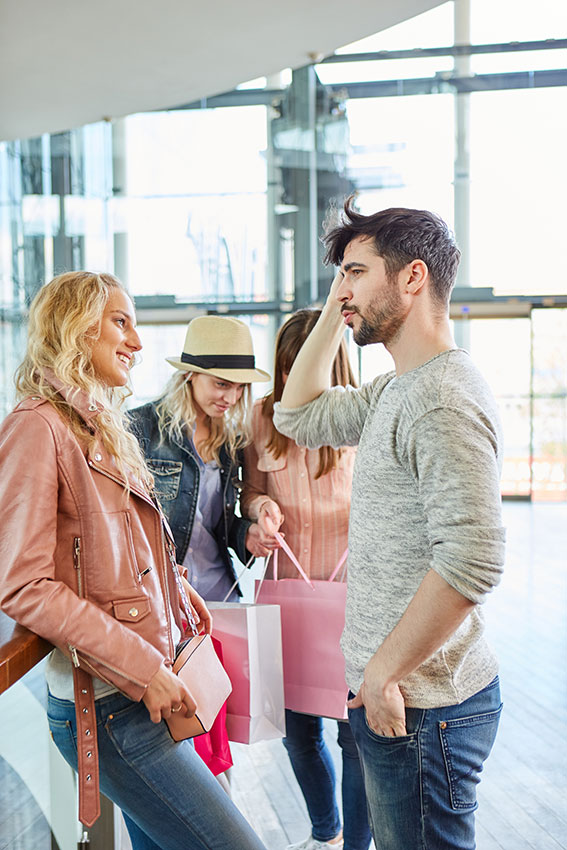 Even If You Know She Wants To Go Out, You've Still Got To Follow The Right Steps...

Hey I got a question. I've been reading all your stuff and it's awesome but now I'm just getting back to school. I want to use all these great tips I got from you. But every time I see a girl I want to talk to I just freeze up. The main reason it happens is I just don't know what to do. Can you talk about how to ask a girl out without turning into a statue?

There's little as potentially nerve-wracking as asking out a girl... whether she's from work, school, a friend group, the coffee shop, or anywhere else.

The pressure goes on, and your stomach ties itself into a knot.

On the face of it, hesitating to ask a girl out seems silly. After all, girls are just girls!

They're not lions who might bite your arm off.

They're not robbers who may cut you with a knife.

Yet that doesn't stop the heart pounding, the adrenal glands going into overdrive, and the body breaking out in a cold sweat at the very thought of asking them out.

However, there are guys who don't deal with this.

They see a girl they like, and they just go talk to her, say what they need to, and ask her out. And they get a "Yes!"

What do these guys do that's different from other men?

They have a few simple steps they follow that let them get girls they want to get.

Follow those same steps, and asking women out becomes straightforward:

In this article, I'll give you four steps to follow any time you ask a woman out.

Follow these steps, and you'll dramatically up the odds to get that "Yes."

Nobody likes a high pressure request.

Anything that's formal, stiff, like a 'big deal', makes us want to run.

This is doubly true when a woman is not expecting you to ask her out, and you surprise her with a 'big deal' ask. Yikes! Where'd that come from!

Even if she likes you, she'll say "No" just to get away.

One of the biggest secrets successful ask-out'ers know is to make the ask casual.

Make it casul, make it relaxed, make it informal, and she's far more likely to go out with you.

(it helps too that women like to do nice, casual things with normal guys who keep things relaxed for them. Women aren't on some higher plane or anything... many of them are bored, many of them are stuck in a routine, so if you can give them a cool, relaxed invitation out, and you seem like a decent, normal guy, even if she's not super into you yet much of the time she'll say yes just to have something on her calendar to do. Then once you've got her one-on-one you have plenty of time to work your magic)

Keep it casual to get her to go out. 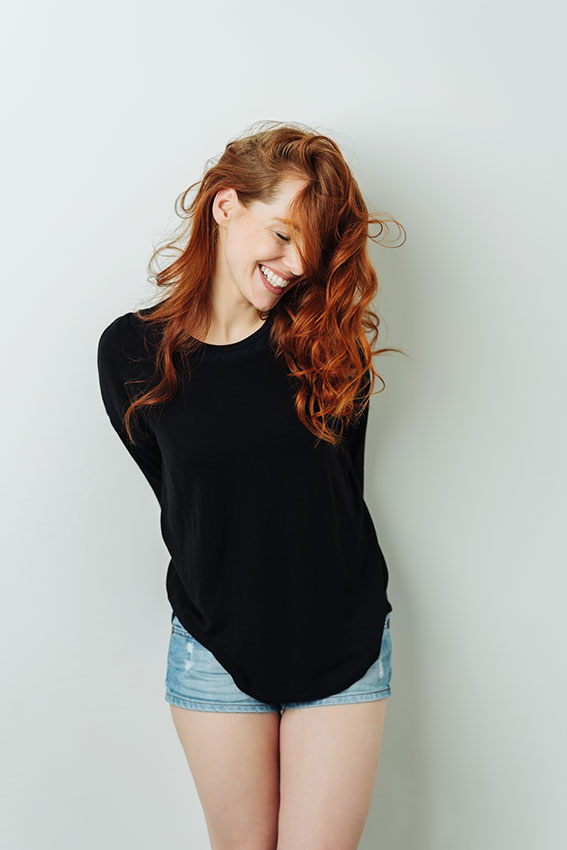 When She's Feeling Good, She Wants To Keep The Good Times Rolling... With A "Yes"

Well, it's when she laughs, flirts, hits you, behaves in an excited way... anything where you get that feeling of, "Wow, this is going well!"

Because she feels so good about you, a woman on a high note is a lot more likely to do what you ask.

That includes saying "Yes" when you ask her out!

But what do most guys do?

Well, they don't ask out on a high note.

Instead, on low notes, when it feels like she's slipping away, they say, "Oh no, I'd better ask her out before it's too late!"

They ask out at precisely the wrong time.

Instead, ask her out when she's laughing, flirting, and having a great time with you.

How do you create those pitch-perfect high notes?

I'll tell you about my solution for that in a minute.

Step #3: Get Her Schedule First

You've made things casual and waited for a high note.

It's come, and now you've asked her out.

What's the first thing you should do before you try to nail down plans?

Get her schedule first.

Well, in 2011, scientists from a French university announced what I've been telling men since 2008. If you ask her availability first before you plan something with her, the odds she goes along with things increases significantly.

The experts and scientists agree: get her schedule FIRST, then tell her what you want to do with her!

Doing it this way ('schedule check' first) gets you far more "Yes"es.

Step #4: Take Her Info After the Ask 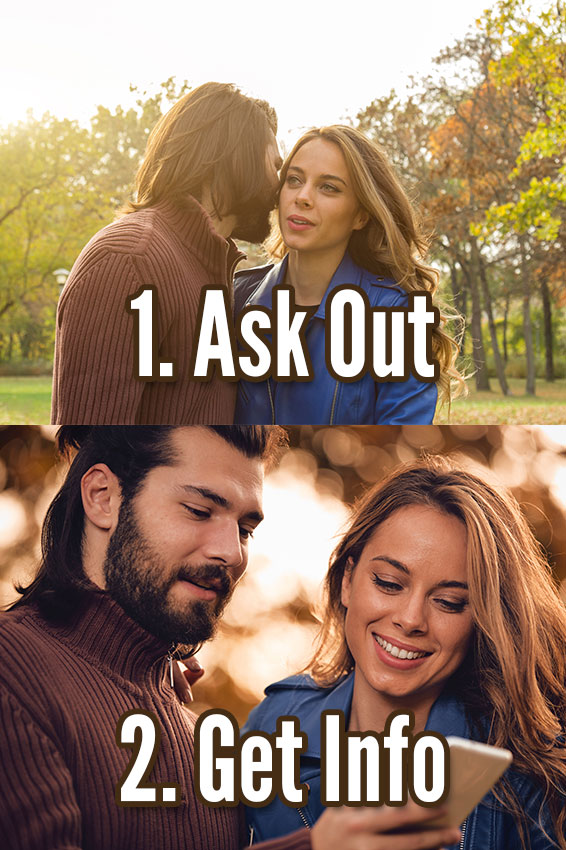 Most guys will ask a woman for her contact info before they ask her out:

"Hey, we should trade info," they say. They haven't told her why they want to get her number or messenger info. What do they need it for? All they've said is that they want it.

Because it's an ambiguous request ("What does he want my contact for?"), she's more likely to say no.

And here's the kicker: even if she gives you her contact info, you will still have to ask her out again later (and deal with all the nervousness and trickiness of that all over again) since you didn't ask her out before!

Women are less likely to agree to a date over message than they are in person, too.

So again, waiting makes your odds go down.

There's an easier way than this: don't take her info until you've asked her out!

Once you've asked her out, getting her info is simple to do, and now it doesn't get in the way.

Once She's Asked Out, Take Her on THIS One Date

Once you've asked her out, you've cleared the first major hurdle.

She's going out with you. Awesome work!

Now... how do you actually get this girl as yours?

Just because she's coming out to see you now doesn't guarantee you a home run.

There are a million things that can go wrong after you meet up with her... and they often will.

Any one of these sucks!

I went through it before I had this part of my life handled. These things are problems for many guys.

Most guys won't just have to deal with one hazard, either. Instead they run into a bunch of hazards (some smaller, some not so small) with each girl they take out.

I'll tell you what I do: I use something that I call the 'One Date'...

One Date is a method I devised to solve exactly this problem.

It allows you to create for a woman her perfect romantic liaison.

And not just perfect conversation-wise. Connection, flirtation, even the motions you take her through while with her: how you lead, where you lead her to... how you get her 'bought in'.

To do this, the One Date System introduces you to three (3) 'romantic elements' she needs to get together with a man. Each woman needs one element more than the other two... and the System shows you how to figure out which a girl needs, then arms you with simple-but-powerful ways to give her it.

Use this system, and you can make a girl your girlfriend in just one simple date.

Click To See How To Get Her In Just One Date

I even show you my unique method to make asking girls out in a casual way a complete breeze... and, inside One Date, I show you the most effective way I know to create a high note. High notes let you enormously raise the odds she says "yes" when you ask her out!

Watch the fun little video below and I'll show you how it works: 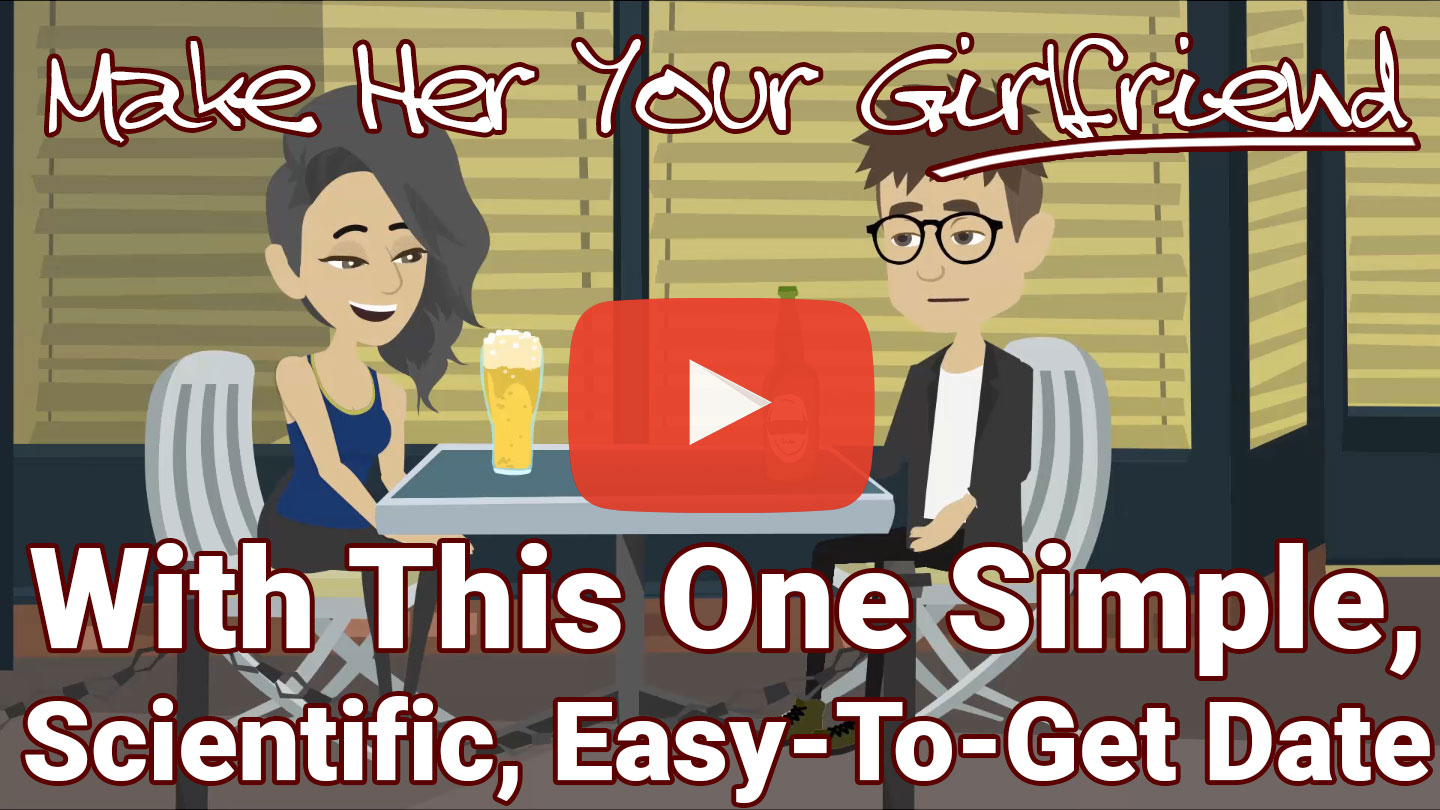 Click To See How To Get Her In Just 1 Date 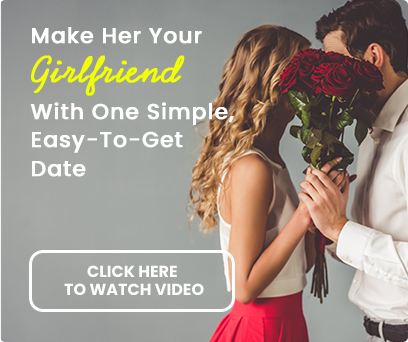 We help men get the girls they want...and make those girls chase them and devote themselves to them. Girls Chase is the web's most popular men's dating advice site, at over 1.2 million visits per month. It's popular for a reason: there's nowhere better to learn how to get the girls you want than Girls Chase.

“Get girls
chasing YOU”

SEE HOW TO GET HER IN JUST ONE DATE

We help men get the girls they want...and make those girls chase them and devote themselves to them. Girls Chase is the web's most popular men's dating advice site, at over 1.2 million visits per month. It's popular for a reason: there's nowhere better to learn how to get the girls you want than Girls Chase.

“Get girls
chasing YOU”

SEE HOW TO GET HER IN JUST ONE DATE